The Makeup of the Breast

The breast is made up of mostly fat and glandular breast tissue. The glandular tissue of the breast is located between the layers of fat, behind which is the chest muscle. Included in the breast tissue are lobules and ducts. The lobules are where the production of milk takes place, and the ducts are the pipes that lead the milk to the nipple. Ducts do not connect. Each duct has a separate opening at the nipple. 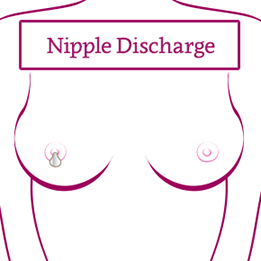 There are different times in a woman’s life when she may have nipple discharge, such as puberty and menopause. Women may notice discharge when they are bathing, on their nightgowns or bras, during sexual stimulation, or during breast self examination. These types of discharge are generally considered normal and may be related to hormonal changes.

Milky-colored discharge from both breasts is often caused by increase in the production of prolactin, a hormone produced by the pituitary gland to stimulate a breastfeeding woman to produce milk. Women who take birth control pills, high blood pressure medicine, and some tranquilizers may have this discharge because the medicine increases prolactin levels.

When to See a Doctor

You should report any nipple discharge to your doctor for evaluation. Although most discharge is not from cancer, certain types of discharge are more suspicious:

It is important to remember that only 4% of all spontaneous breast discharge is caused by breast cancer. 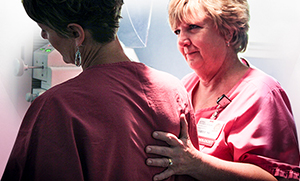 Find out more about how we diagnose breast cancer. 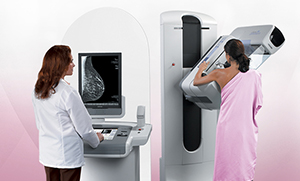